“Leadership is not accidental, You cant do things  by chance” Museveni tells NRM elected MPs – The Informer UG 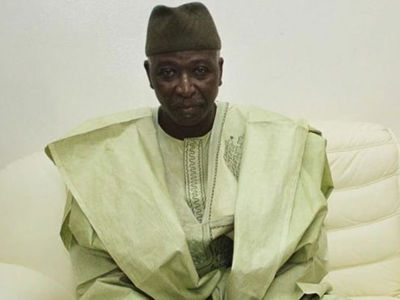 Mali’s military junta announced the leaders of a new transition government in the Sahel state on Monday, which will retain strong army links despite international pressure to appoint civilians after a coup.Junta leader Colonel Assimi Goita said in a televised statement that former defence minister Bah Ndaw would become transition president — while he himself would serve as vice president. The announcement comes after the 15-nation West Africa bloc ECOWAS last week gave Mali’s ruling officers “days” to appoint civilian leaders, warning that it would not lift sanctions on the country otherwise.West African leaders imposed sanctions on Mali — including a trade embargo and shuttered borders — in the wake of the August 18 military coup that ousted president Ibrahim Boubacar Keita.The junta said last week that it would prefer the military to run the transition, however.Ndaw, a 70-year-old retiree, was appointed transition president by a committee chosen by the junta, Goita said on Monday. Advertisement

“Each proposal has its advantages and its disadvantages,” he said, referring to the choice between a civilian or military president.He added that the committee had taken “a global context” into account when picking Ndaw, in an apparent reference to pressure from ECOWAS, which has yet to comment on the appointment. Helicopter pilotNdaw is a former helicopter pilot who was once an aide-de-camp to Mali’s ex-dictator Moussa Traore, who died last week aged 83.He then racked up a series of high-profile appointments: air force chief of staff, director of military engineering, and deputy chief of staff of the national guard, among others. He later served as a defence minister under ousted president Keita.A veteran soldier, Ndaw also received training in the former Soviet Union as well as at Paris’s renowned Ecole de Guerre. Monday’s announcement followed a three-day forum with political parties and civil-society representatives earlier this month, which met to outline a roadmap to restore civilian rule in Mali.According to a charter which emerged from that forum, the transition president is meant to rule for 18 months before staging nationwide elections.Delegates had hotly debated the military’s role in the transition government, with some arguing to hand over power to civilians in line with ECOWAS wishes.In Bamako, opinions were divided over the nomination.”I would have liked a politician to be chosen… I think that there are major players who have the vision, experience and who really have the rigour to lead this transition,” said sociologist Ben Aly Toure.But taxi driver Nouhoum Fomba was satisfied. “He is apolitical. He is also a career soldier, he has been air force chief of staff, and has held high positions in the army,” he said.Tough sanctions Mali’s neighbours, who are anxious the restive country could spiral into chaos, have been pressuring the junta to swiftly hand over power.Two days after the coup, ECOWAS stopped financial and commercial trade with Mali, except for basic necessities, drugs, equipment to fight coronavirus, fuel and electricity.The sanctions could bite in the poor country already facing a severe economic downturn as well as a simmering jihadist insurgency and chronic inter-ethnic violence.It was these state failures that provoked people into the streets earlier this year, with months of protests and unrest building up to the military arresting president Keita and seizing control.A swearing-in ceremony will take place on Friday, Goita said.

By Franklin Draku Members of the Forum of Parliaments of the International Conference in the Great Lakes Region have reappointed Uganda’s ambassador Onyango Kakoba as the Secretary General for another three years.A statement from the...

By Derrick Wandera Opposition National Unity Platform (NUP) party leaders have rejected the  proposed taxes and accused the government of being insensitive to the plight of those suffering as a result of the Covid-19 pandemic....

By Patience Ahimbisibwe Thousands of teachers and their supervisors at the Ministry of Education are at loggerheads over delayed access to Shs20 billion that President Museveni promised. At the height of lockdown last year, Mr...

By Franklin Draku By Derrick Wandera The Ministry of Finance has stopped officials from the Departed Asians Properties Custodian Board (DAPCB) from transacting business on all its bank accounts over alleged financial impropriety. Some of...

By Damali Mukhaye Officials from the Ministry of Finance yesterday came under fire from lawmakers who are investigating alleged misallocation of Shs500b Covid-19 stimulus package. The money in question was channelled through the Uganda Development...

By Benson Tumusiime At least seven people, including police officers and civilians working in the office of the Inspector General of Police (IGP), are being investigated for leaking confidential information to junior staff and to...