Museveni explains why government closed social media ahead of election

Just In: Baba FM was switched off ahead of Jinja results declaration

Iraq bombing: IS says it was behind deadly suicide attacks in Baghdad

Museveni explains why government closed social media ahead of election 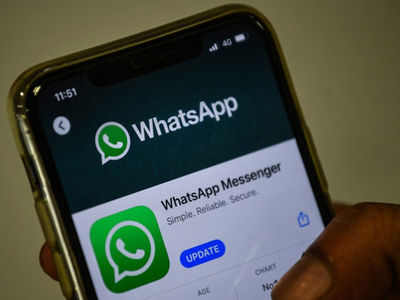 President Museveni last evening confirmed closure of social media channels ahead of tomorrow’s General Election.The President, who was addressing the country yesterday apologised for inconveniences caused to social media users and blamed the shutdown on one of the international groups that decided to block the NRM message senders, targeting them. He mentioned Face book.Last week, owners of 50 Facebook accounts in support of the President were closed.While delivering his address to the nation ahead of the Thursday polls, Mr Museveni was bitter with California-based Facebook for refusing to heed the appeals by the government to release the social media pages of his supporters. He said the result is that his government has also shut down the internet“Why would anybody do that? When I heard about that, I told our people to warn them…. That social channel you are talking about, if it’s operating in Uganda, it should be used equitably by everybody who wants to use it, if you want to take sides against the NRM, then that group will not operate in Uganda. Uganda is ours it’s not anybody’s. Those Facebook [people] and those other groups…  And I am sure government has closed the social media.“Those channels of Facebook and I don’t know which one. This is unfortunate but it’s unavoidable. There is no way anybody can come [here] and play around with our country and decide to decide who is good [and] who is bad. I’m therefore very sorry about the inconvenience to those who have been using this channel…”   Advertisement

He added: “We cannot tolerate the arrogance of anybody coming [here] to decide for us who is good and who is bad”.Mr Museveni who is seeking the sixth-elective term in office, restated that his NRM government is well-informed  and therefore, doesn’t need lecturers from anybody.    On Monday, Facebook revealed that it closed social media pages for NRM bloggers because it was found these bloggers were seeking to manipulate public debate ahead of elections. “This month, we removed a network of accounts and pages in Uganda that engaged in CIB (Coordinated Inauthentic Behaviour) to target public debate ahead of the election,” Facebook’s head of communication for sub-Saharan Africa, Kezia Anim-Addo, said in an email to AFP.Most Ugandans who are not using the  Virtual Private Network (VPN) to access the internet, yesterday woke to find their social media channels especially Facebook and WhatsApp switched off, something that confirmed the fears last week that the government would shut down the internet ahead of elections.  Mr Museveni asked Ugandans to go out and vote in big numbers without fear or intimidation and vowed to deal with violence mongers. He also warned against cheating and boasted of a strong army, economy and stable country where the vote matters. Before the President confirmed social media shutdown, Uganda Communications Commission, (UCC), the country’s communication governing body, denied allegations of imposing restrictions on communication channels.UCC is by law mandated to regulate the communications sector, however, it has received countrywide condemnation for allegedly shutting down social media.Ugandans experienced slow internet yesterday and blamed the government for allegedly closing down social media.Some users were unable to access their Facebook accounts and WhatsApp while others downloaded VPN services.The UCC spokesperson, Mr Ibrahim Bbosa, during a phone interview with the Daily Monitor yesterday however said they have not received any directive from anyone to switch off the internet.He said UCC is monitoring the situation to ascertain what happened.In a trending twitter message from AFP Africa, it is alleged that the executive director for UCC, Ms Irene Sewankumba, ordered telecommunication companies to immediately suspend any access and use of social media and online messaging platforms.But Mr Bbosa dismissed the communication. “There is no such a directive to switch off the internet during elections, if there are instances of misuse, the means of communication may be restricted,” Mr Bbosa said.He added that although there are situations where the State blocked the internet in the 2016 General Election, he said the same drastic measure will not be applied in the 2021 General Election, unless provoked by offensive communication.“Not everything you see on social media is correct. Where there are security concerns on disinformation and misinformation, there may be measures. So far, there is no directive to remove the internet,”www Mr Bbosa stressed.He also denied UCC having a hand in the slow internet, blaming it on the online traffic due to elections.editorial@ug.nationmedia.com

Just In: Baba FM was switched off ahead of Jinja results declaration