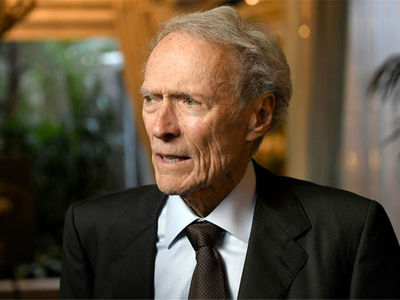 Never too old, Five ageing action heroes, Clint Eastwood, Hollywood, cry macho While other men of his age are eyeing up stair lifts, Harrison Ford is dusting down his bull whip to play all-action hero Indiana Jones one more time at 78.He is not the only superannuated male Hollywood star to be pushing the age envelope — and audiences’ ability to suspend their disbelief.Clint Eastwood, 90 Hollywood may be in strict lockdown but it hasn’t stopped Eastwood directing “Cry Macho”, where he stars as a tough, washed-up old rodeo rider taking a dysfunctional family by the scruff of the neck.Nor was there was anything lily-livered about the octogenarian drugs smuggler working for a Mexican cartel he played in his last movie, “The Mule” (2018).The tough-talking former mayor of Carmel was pushing 80 when he made short work of gang members in “Gran Torino” in 2008 — “Make my day, punk.” Advertisement

Sylvester Stallone, 74 A mere stripling at 74, Stallone is rumoured to be limbering up to reprise his role as a mercenary leader in “The Expendables 4”.The action franchise he created has been a boon for Hollywood retirement homes, giving Bruce Willis, Dolph Lundgren and Jean-Claude Van Damme a late ironic glow to their careers.Sly is soon to play a hired gun in “Little America” — set at a time when “China owns America” —  and a supervillain in the cartoonishly ultra-violent “The Suicide Squad”.Last year’s “Rambo: Last Blood” saw him go into combat yet again as the monosyllabic Vietnam vet, though whether Rambo can retire gracefully remains to be seen.   Arnold Schwarzenegger, 73 He may be trying to save the planet in his day job as crusading environmental campaigner and politician, but Arnie can’t quite tear himself away from his swords and cyborgs past.The Austrian returned in “Terminator: Dark Fate” last year and may be about to don his loincloth once again in the forthcoming epic, “The Legend of Conan”.Not even three heart operations in four years — the last in October — can stop him. “I’m back,” he quipped after his 2018 surgery, the catchphrase of his “Terminator” cyborg killer.Danny Trejo, 76 The “Machete” star with the toughest face in Tinseltown and the grittiest backstory to go with it, is making up for all those lost years in prison with a plethora of upcoming action roles including in “Machete Kills in Space”. Trejo, a former boxer, was a bit-player until he broke through thanks to his cousin Robert Rodriguez who directed him in “Desperado” in 1995, with roles in “Heat” and “Con Air” soon following.Look out soon for him in “Renegades”, “The Prey”, “Death Rider in the House of Vampires” and “Zombie Bride”.Jackie Chan, 66One of the world’s most beloved martial arts heroes is alive and, well, kicking – coronavirus pandemic be damned. As the virus spread early this year, reports said the Hong Kong born star who has appeared in more than 100 films was under quarantine after catching the virus.Worried fans sent him face masks. Chan took to Facebook to say he was virus free — “I’m very healthy and safe” — and would donate the face coverings to people who actually needed them.Chan’s latest film, a Chinese action adventure flick entitled “Vanguard,” was supposed to come out in January of this year, but this was delayed until September because of the pandemic. In this movie Chan plays a UK-based accountant forced to finance the work of a terror organization.

We are not against Bobi Wine – Ekyooto Uganda