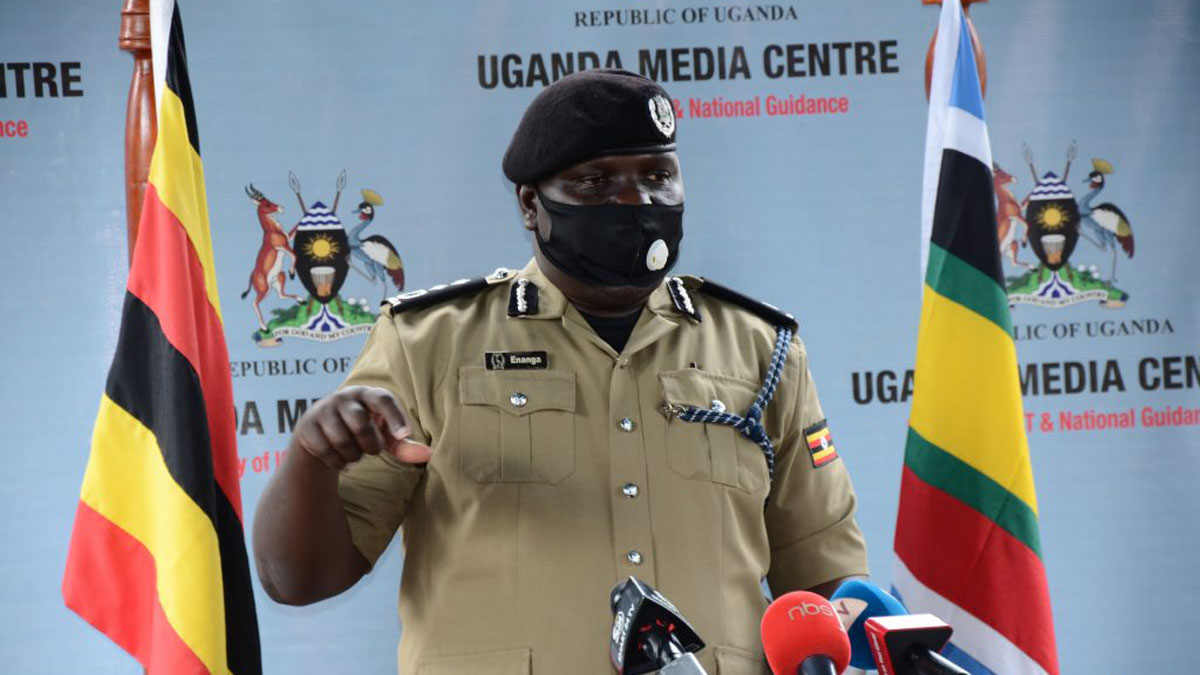 Police Thursday raided Hotel Africana in Kampala where a group of civil society activists and election observers had gathered to collect data from other election observers at different polling stations across the country.Police spokesperson, Mr Fred Enanga said they got intelligence that some civil society activists had established a parallel tally centre at the hotel as the east African nation Thursday held presidential and parliamentary elections.“We sent the task team to Hotel Africana. We got intelligence that some CSOs had created a parallel tally centre at Hotel Africana. The persons who are in control of this election are the electoral commission. You cannot know what motive the people behind this parallel tally centre had. They could be having ulterior motives which might incite violence in this country. The law only allows the Electoral Commission to announce election results. Having a parallel tally centre undermines the credibility of the election and the electoral commission,” Mr Enanga told NTV Uganda.

NRM presidential candidate and incumbent president Yoweri Museveni casts his ballot at Kaaro high-school polling station in Rushere on January 14, 2021 .PHOTO/KELVIN ATUHAIREHowever , one of the civil society activists, Ms Sarah Bireete who was at the scene at the time of the raid said several of her colleagues had been arrested by police who were numbered about 20.“We had not organized a tally centre. We were actually gathering information from our colleagues (election observers) in the field in different part of the country. However, police said they were concerned that we had probably set up a tally centre. We tried to explain to them but they took some of our date entrants. We had even released some of the information on how the voting exercise started in the morning,” she told KFM in an interview. Advertisement

Speaking after casting his vote at Karo Secondary School polling station, Rushere, President Museveni who has been in power since 1986 pledged to concede defeat if the poll is free and fair.Mr Museveni, 76, who cast his vote 30 minutes to the closure of the voting process called upon Ugandans to use the remaining minutes to vote for their candidates.His main challenger, Mr Robert Kyagulanyi alias Bobi Wine said it was a momentous opportunity to see himself able to cast his vote.“They tried everything to block me from appearing on the ballot paper, including an assassination attempt in Arua District which claimed the life of my driver Yasin Kawuma. I’m happy to live to see this moment,” he told journalists after casting his vote.

National Unity Platform (NUP) presidential candidate Robert Kyagulanyi alias Bobi Wine gestures after casting his vote on January 14, 2021.Meanwhile, Ms Nancy Kalembe, the only female presidential candidate in the race on the independent ticket condemned government shut down of internet.“Those who did not know that this government is dictatorial have now known. How a government just decides to switch off internet without taking into consideration of other people, especially patients relying on internet to get their prescriptions, is something beyond imagination,” she said. Independent presidential candidate John Katumba also reechoed Ms Kalembe’s concerns while Gen Henry Tumukunde said the exercise was not free and fair. He said he had got reliable information about cheating for Mr Museveni in some parts of western Uganda.“We waste our time and resource for this exercise only for the results to be manipulated,” he said.