SHAMIM MALENDE: "It’s not easy being a People Power Lawyer but it is possible with commitment- 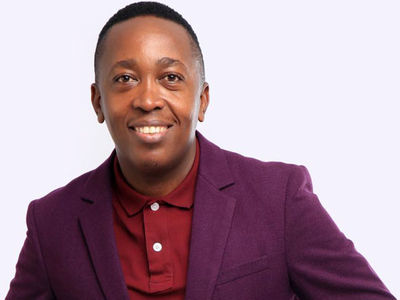 Police in Hoima District have arrested four journalists over allegations of planning to stage an unlawful assembly.
Mr Miles Rwamiti, a former presenter at Spark TV who is vying for the Hoima East Member of Parliament on FDC ticket was arrested by Police on Tuesday afternoon in Busiisi cell. By press time, he was still in Police custody.
Presenter held
Police said Mr Rwamiti was found with a group of Boda Boda cyclists who had barricaded the Hoima-Fort-portal road.
The cyclists had reportedly put sticks, stones and lit fire in the middle of the road protesting the arrest of one of their colleagues during the ongoing NRM primaries.
The Albertine Regional Police spokesperson, Mr Julius Hakiza said Rwamiti was picked by police and he is detained at Hoima Central Police Station. Advertisement

“He will be charged with inciting violence, holding an unlawful assembly and malicious damage of government property because he was part of the group that burnt tyres on a government road,” Mr Hakiza said.
Police are also holding Mr Joshua Mutale and Mr Venex Watebwa who are members of the Water and Environment Network (WEMNET), a coalition of environmental journalists.
The two who had traveled from Kampala to Hoima District had planned to appear on Spice FM on Tuesday to sensitize the public about environmental conservation.
Mr Paul Mulindwa, a coordinator of Kitara Civil society Network (KCSON) who was slated to appear on the radio with the two journalists said before the talk show, Mutale and Watebawa went to police to inform the officers about their planned activities in the district.
“I don’t know what transpired in their meeting with police but I later learnt that they were arrested,” Mulindwa said.
However, Mr Hakiza said police received information that the two were part of civil society activists who had planned to stage an illegal protest.
Detained scribes & Activists
However, police also briefly detained a New Vision reporter, Mr Ismael Kasooha and three other civil society activists on allegations that they entered Hoima Central Police station and started photographing police cells where suspects detained. The four had gone to police in an attempt to secure the release of their colleagues, Mr Mutale and Mr Watebawa.
“They took photographs without seeking prior authorization. They have recorded statements and we are going to release them,” Mr Hakiza said without specifying the date and time of their possible release.
A detective attached to Hoima Central Police Station said Mr Kasooha and his associates are being investigated over allegations of criminal trespass.
Mutale and Watebawa are said to have been part of CSO activists who are championing the save Bugoma forest campaign.
Contest of Bugoma forest
Under the campaign, some civil society organizations are protesting the alleged plan to turn part of Bugoma forest land into a sugar plantation. In 2016, Bunyoro Kitara kingdom leased its Kyangwali ancestral land to Hoima Sugar for sugar cane growing.
Whereas the Kingdom says the leased land is one of its restituted properties and not part of Bugoma forest, some CSOs and NFA claim that the leased land forms part of the central forest reserve.
After the lease, NFA sued the Omukama of Bunyoro Kitara Kingdom and Hoima Sugar Ltd at Masindi High court and in 2019, court ruled that the contested piece of land belongs to Bunyoro Kitara Kingdom and is not part of Bugoma forest.
Some CSOs are dissatisfied with the court ruling.
IGP blocks Demo
On September 10, 2020, Mr Edward Ochom wrote on behalf of the Inspector General of Police (IGP) to the commandant of Kampala Metropolitan Police and the Albertine Regional Police Commander blocking a planned peaceful demonstration against the proposal to destroy Bugoma forest.
“This is to inform you that in view of the threats currently caused by the COVOID 19 pandemic, no demonstration can be allowed at this time. By copy of this letter, the organizer is notified accordingly” Ochom wrote.
Background
In August this year, the National Environmental Management Authority (NEMA) issued Hoima Sugar Ltd with a certificate approving its Environmental and Social Impact Assessment study for a sugar cane project in Kyangwali subcounty in Kikuube District.
NEMA allowed Hoima Sugar to use nine square miles out of the 22 square miles it leased from Bunyoro Kitara Kingdom. NEMA ordered Hoima sugar to preserve 6.17 square miles as a natural forest and 0.156 as a cultural site.
NEMA further allowed the sugar firm to establish an urban centre on 1.206 square miles. An eco-tourism centre on 1.97 square miles and restore 3.13 square miles of the forest reserve.

Marriage ain’t for me – PML Daily

By HENRY LUBEGA The September 2009 riots came 43 years after the first riots in the same area in 1966 . Both riots were against the central government’s treatment of Buganda’s cultural leader, the Kabaka. ...

By Benson Tumusiime Theft of motor vehicles is one of the crimes that did not ease even during the Covid-19 lockdown, police records show.  Mr Patrick Onyango, the deputy police spokesperson, told Saturday Monitor that...

By Elizabeth Kamurungi       KAMPALA-  About 20 teachers selected from across the country to conduct lessons on radio and television have not been paid facilitation fees since they started the programme in April.  The...

By Martin Okudi More than 30 truck drivers returning from neighbouring South Sudan have abandoned their vehicles at Elegu border in Atiak Sub-county, after the owners of the trucks declined to help them pay for...

By Job Bwire Following the loss of several lives in the electoral violence that marred the recently concluded NRM primaries, President Museveni has directed the Inspector General of Police (IGP), Okoth Ochola, to ensure that...

I gave Zambia's Roberto a huge boast in the music industry

Balaam and Nambooze are Both Hypocrites – Tamale Mirundi