Senior doctor dies of Covid after failing to get ICU bed

Open letter to the Rev. Ntagali from a recovering musegu – UGNEWS24

Kenya Gets Robots to Work Alongside Doctors

I will go to exile when President Museveni leaves power

Senior doctor dies of Covid after failing to get ICU bed 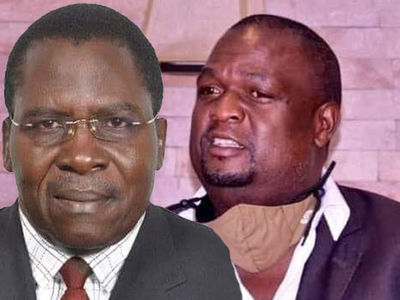 The medical fraternity was on Tuesday evening thunderstruck after two senior consultant doctors died.Dr Charles Kiggundu, a consultant obstetrician and gynaecologist, succumbed to Covid-19 while Dr Fred Kigozi, a senior consultant psychiatrist and former director of Butabika Mental Rehabilitation Hospital, died of lung-related complications.Close colleagues say Dr Kiggundu collapsed on duty at Kawempe Hospital in the afternoon and was referred to Mulago Hospital for further management.But upon arrival, the national referral hospital could not readily get a free bed for him in the Intensive Care Unit and he died shortly after.Dr Lawrence Kazibwe, the acting deputy director of Kawempe Hospital confirmed that Dr Kiggundu collapsed at the hospital, but denied that the deceased was on duty.He said Dr Kiggundu had come to pick up his medicine. Advertisement

Bebe Cool Will Never Be My Enemy – Chameleone

Bebe Cool Will Never Be My Enemy – Chameleone