We will not vote for NRM, fishing communities say

We will not vote for NRM, fishing communities say 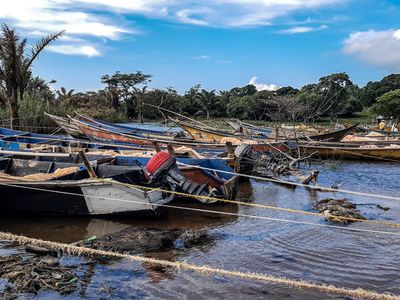 As President Museveni endeavours to mend fences with the fishing communities who claim they were tortured by the army’s  Fisheries Protection Unit (FPU),majority have vowed not to vote for National Resistance Movement (NRM) candidates in the Thursday national elections.The communities, who derive their livelihood mainly from the lakes such as Victoria, Albert, George, and Kyoga, have in the previous elections overwhelmingly supported Mr Museveni and his NRM government.However, a mini-survey conducted by this newspaper suggests that such support is no more because of the alleged torture perpetrated by the army against fishermen suspected to be engaging in illegal fishing activities. In September 2019, at least 68 people sued the government, demanding Shs1.2 trillion in compensation for alleged torture by Uganda People’s Defence Forces (UPDF) soldiers.Through their lawyer Abwang Otim, the fishermen submitted before the High Court in Lira District horrifying images of their colleagues being tortured on the shores of Lake Kyoga in Amolatar.The landing sites where fishermen were allegedly tortured are Bangladesh, Namasale, Mbiko, Kayago, Nalubwoyo, Abeja, Amai and Muntu, all in Amolatar District. Advertisement

Protests After Chinese Take Over Kenyan Gold Mine

Protests After Chinese Take Over Kenyan Gold Mine