What is driving Asia’s technology rise?

Stanley Ntagali suspended from church for cheating with married woman

I am never retiring from film – UGNEWS24

I take my hat off for Bobi Wine and Barbie Kyagulanyi

What is driving Asia’s technology rise? 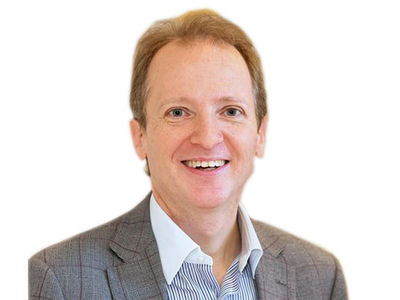 Asia is a technological force to be reckoned with. Over the last decade, the region has accounted for 52 per cent of global growth in tech-company revenues, 43 per cent of startup funding, 51 per cent of spending on research and development, and 87 per cent of patents filed, according to new research by the McKinsey Global Institute (MGI).How did Asia get here, and what lessons does its success hold for the rest of the world?Of course, Asia is not a monolith, and technology gaps within the region remain significant. India, for example, has fewer large tech companies than other major economies. Still, four of the world’s top 10 technology companies by market capitalisation are Asian.China, home to 26 per cent of the world’s unicorns (startups valued at $1 billion or more), leads the way in tech entrepreneurship in Asia, though it still relies on foreign inputs in core technologies.By contrast, advanced Asian economies such as Japan and South Korea have large tech firms and a significant knowledge base, but relatively few unicorns.Asia’s emerging economies still invest relatively little in innovation, but they do provide growing markets for the goods and services produced by Asia’s tech leaders. Advertisement

Against this background, Asian countries have had to make a virtue out of collaborating to overcome fragmentation and close technology gaps. And they have made considerable progress in recent years.Regional technological start-upsNotably, they have invested heavily in regional tech startups – about 70 per cent of such investment comes from within Asia – and robust regional technology supply chains.While Asia’s technology supply chains continue to be reconfigured as they develop, the shifts have occurred largely within the region. (For example, the region’s developed economies and China have expanded investment in emerging economies’ manufacturing sectors.)This went a long way toward supporting Asia’s relative resilience during the Covid-19 crisis.The just-signed Regional Comprehensive Economic Partnership could foster even closer intraregional ties.Collaboration among countries is only part of the equation. Asian governments have also worked with local tech companies to advance goals in domains like renewable energy and artificial intelligence.During the pandemic, such partnerships have been essential to South Korea’s track-and-trace strategy, and to national health QR-code programmes in China and Singapore.Asia is also developing new models for collaboration across digital ecosystems to help enterprises and societies share resources and information more effectively.To be sure, Asian economies may find it difficult to catch up and compete in some well-established technology sectors – such as semiconductor design or operating system software – where others have a commanding market position.But there is no denying Asia’s tremendous progress in new technologies, often facilitated by its existing strengths in manufacturing and infrastructure.For example, more than 90 per cent of the world’s smartphones are made in Asia. So, the region’s economies have focused significant innovative capacity in this area, such as to design mobile application processors and develop new types of hardware.Last year, the Chinese company Royole released the world’s first flexible smartphone. Early this year, Samsung went a step further, launching the first foldable smartphone with a foldable glass screen.Similarly, Asian firms have capitalised on the region’s well-developed infrastructure to establish themselves at the cutting edge of 5G development and deployment. Of the five companies that hold the majority of 5G patents, four are Asian.Likewise, the region’s strong position in next-generation electric-vehicle batteries – more than half the world’s patents for solid-state batteries were filed in Asia– resulted from leveraging its existing strengths.New opportunities are also opening up for Asia. While the region’s consumer markets are expanding and digitising rapidly, there is still a great deal of room for growth and innovation in consumer-facing technologies.Similarly, Asia can expand its role in the growing market for digital information-technology services, such as big data and analytics, digital legacy modernisation, and “Internet of Things” system design.After all, the region has a huge pool of tech talent: India alone produced three-quarters of the world’s science, technology, engineering, and mathematics (STEM) graduates between 2016 and 2018.Vulnerability to the effects of climate change, from deadly heatwaves to large-scale flooding, is also driving progress in the region.Renewable energyAsia already has the largest share of installed renewable capacity – 45 per cent – compared to 25 per cent in Europe and 16 per cent in North America. The International Energy Agency expects that share to rise to 56 per cent in 2040.With the support of investments in R&D and new infrastructure, Asia stands to make its mark on the world with technological solutions to climate risk.Asia’s rapid development as a global technological leader over the last decade is a testament to the power of collaboration. And yet, in much of the world, the tide is turning toward isolationism and protectionism.Indeed, after years of relative openness, rising trade barriers threaten to disrupt global flows of technology and intellectual property.This will sap potential in many frontier sectors. According to MGI’s simulation, $8-12 trillion of economic value could be at stake by 2040, depending on the quality and level of technology flows between China and the rest of the world.Many high-tech markets – including electric vehicles, battery storage, and advanced displays – depend on Asian investment and market growth to achieve global scale.Asia is likely to continue to forge ahead with its technological development. But to make the most of its progress – and the strides that have been made elsewhere – enhancing technological collaboration within, and among regions, remains a priority for Asia and the rest of the world.Jonathan Woetzel, a McKinsey senior partner, is Director of the McKinsey Global Institute and co-author of No Ordinary Disruption: The Four Global Forces Breaking All the Trends. Jeongmin Seong is a senior fellow at the McKinsey Global Institute in Shanghai.This article is sponsored by Project Syndicate, 2020.

The Bedroom is My Workplace — Don Zella

By Irene Abalo Otto Hours after the Electoral Commission chairperson Simon Byabakama declared him winner of the January 14, 2021, presidential elections, President Museveni delivered a 91-minute speech from his country-home in Rwakitura. The speech,...

By AFP A tense calm fell Tuesday on Sudan's Darfur region after days of inter-ethnic violence claimed at least 155 lives, left scores wounded and displaced tens of thousands, a tribal leader and a regional...

By Arthur Arnold Wadero The Opposition Forum for Democratic Change (FDC) party’s presidential candidate, Mr Patrick Oboi Amuriat, has said they will not challenge the presidential elections results in court.Out of the 11 candidates that...

By BENSON TUMUSIIME  Police and other security agencies arrested a total of 223 suspects on allegations of violating the electoral process during the just concluded presidential and parliamentary polls.Addressing journalists at the police headquarters in...

By Ephraim Kasozi Retired Archbishop of the Church of Uganda Stanley Ntagali has been banned from carrying out priestly duties following his alleged involvement in an extra-marital affair with a married woman.It is alleged that the...

By Stephen Otage Retired High Court Justice Mary Maitum has advised Opposition members to accept Cabinet appointments if President Museveni invites them. While addressing journalists about the findings of Women Situation Room, a peace-building project, from...

The Bedroom is My Workplace — Don Zella

Stanley Ntagali suspended from church for cheating with married woman