What is pastor Kabuleta bringing to the table?

I don’t have to wear fake bums anymore

Murathe: I spoke to Uhuru on Ruto ICC Case

What is pastor Kabuleta bringing to the table? 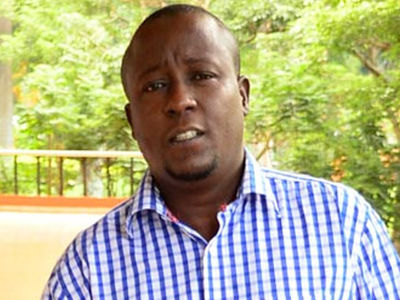 Mr Joseph Kabuleta, who was on Tuesday nominated to run for president, will spend the next two months convincing Ugandans to entrust him with the highest office in the land.  His message is simple: Financial liberation for all Ugandans.“I am going to tell the people of this nation that there is a much better future for the resources of this nation do not belong to one family and their hangers-on but to all of us,” Mr Kabuleta declared shortly after his nomination at Kyambogo Cricket Oval in Kampala.Welfare of Ugandans The first real problem, he said, is reviving the economic welfare of Ugandans, saying the issue of financial liberation is crucial because “there has been an intentional design by the government to impoverish everybody”.Mr Kabuleta pledged to use his first days in office to reverse what he termed as deliberate impoverishment of Ugandans and focus on putting money in the pockets of Ugandans, especially the young people. He also stressed that economic conversation is the most important dialogue Ugandans should engage in under his slogan, reclaiming our Country.The journalist-turned pastor said he was called by God to run for president. He is expected to anchor his campaign on Christian beliefs, saying the country is due for a God-led leader.   “Everything I do is by calling. I will end up being president; it will definitely happen,” Mr Kabuleta said, adding: “When I am there, you will see blessings of God in Uganda.” Advertisement

Commercial farmingMr Kabuleta’s other major focus is reviving commercial farming and cutting off middlemen whom, he says, exploit farmers. He said during his primary school days, many of his schoolmates’ parents were coffee farmers who were well off but this has since changed.“They have killed the industry… If you are a coffee farmer, previously you would sell to the highest bidder, now there are middlemen; you don’t have capacity to go and sell it,” he said.Mr Kabuleta said he is going to remove middlemen and let market forces have their way because most of them are government people who want to make abnormal profits and push other people off the cliff.  He added that focus should be on supporting local farmers to improve the quality of their commodities.Health To improve the health sector, Mr Kabuleta says there is need to cut off thieves in the sector and pay medical personnel a decent salary.He will outline a detailed plan on how his manifesto will be fulfilled.Who is Joseph Kabuleta?        Mr Kabuleta was born in Hoima District. He went to Namilyango Junior School and Namilyango College for his high school.  He holds a Diploma in Civil Engineering from Uganda Technical College in Mbale and also hold a Degree in Mass Communication from Makerere University.        In 1997, he worked at the Crusader newspaper before joining New Vision. In 2014 he started Watchman Ministries, which he says was a calling from God.        The 48-year-old pastor said it was a calling from God for him to run for presidency just like it was a calling for him to leave journalism and become a pastor.‘‘At least I believe in God, we have been ruled by witches and you don’t seem to mind and when somebody like me who is born again comes, then you are rising up..do you think we can have blessings of God when we are being ruled by witches,’’ Mr Kabuleta.       On many occasions, he has been associated with prophet Mbonye, which has seen some sections of the public judge his spirituality, not forgetting in 2017 when he kissed the prophet’s shoes. However, to him this was one of the ways of honoring someone.       In July last year, he was arrested because of his social media posts. Dubbed: Joseph Kabuleta Weekly Rant Returns, he was accused of using offensive messages to critique the regime of President Museveni.        Security personnel later raided Drew & Jacs Patisserie, a restaurant, coffee shop and bar at Forest Mall Lugogo where he was reported arrested before being detained at the Special Investigations Directorate in Kireka.

Mao preaches unity as he returns to race for top seat

Speaking to the media after the nomination, Mr Mao said for those who had doubts whether he or DP would appear on the ballot paper, they had received their answer

The affair of the mystery beheadings has gripped the public in Mali, where jihadists control large swathes of territory and massacres are routine

Residents of Lyolwa Sub-county in Tororo District have a reason to smile after getting access to clean and safe water for domestic and commercial use.More than 20 taps have been installed in the communities, with...

By AFP News John Magufuli was sworn in Thursday for his second term as president of Tanzania after a landslide election victory dismissed by the political opposition as a sham. His inauguration in Dodoma, the Tanzanian...

How Museveni has changed his names on ballot papers

For the last five presidential elections since 1996, President Museveni has been either changing the order of his names or he has added another.The intention, according to the lawyers and political pundits is to alphabetically...