Billionaire Politician’s Property to be Auctioned

Could the 11th Parliament be one of the most interesting?

Lukwago under umbrella threat ahead of Lord Mayor polls

I shared them myself, so what?

back off, I’m still needed – edge.ug 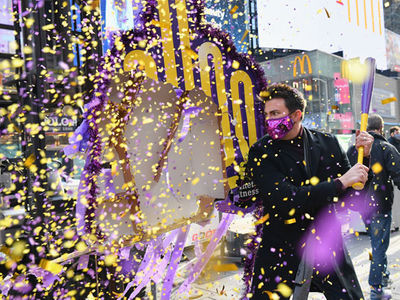 By Peter Singer & Agata Sagan    Many people make New Year’s resolutions. The most common ones, at least in the United States, are to exercise more, eat healthier, save money, lose weight, or reduce stress. Some may resolve to be better to a particular person – not to criticise their partner, to visit their aging grandmother more often, or to be a better friend to someone close to them. Yet few people – just 12 per cent,  according to one US study – resolve to become a better person in general, meaning better in a moral sense.One possible explanation is that most people focus on their own well-being, and don’t see being morally better as something that is in their own interest. A more charitable explanation is that many people see morality as a matter of conforming to a set of rules establishing the things we should not do.That is not very surprising in societies built on the Jewish and Christian traditions, in which the Ten Commandments are held up as the core of morality. But, today, traditional moral rules have only limited relevance to ordinary life. Few of us are ever in situations in which killing someone even crosses our mind. Most of us don’t need to steal, and to do so is not a great temptation – most people will even return a lost wallet with money in it.For those who take this view of morality, and can make an honest living sufficient to meet their own essential needs, being a good person hardly seems worthy of a special resolution. This is suggested in a survey of US adults that found that only 23 per cent report that they often think about or research the ethical aspect of a choice in their life. Advertisement

By Arthur Arnold Wadero The Opposition Forum for Democratic Change (FDC) party’s presidential candidate, Mr Patrick Oboi Amuriat, has said they will not challenge the presidential elections results in court.Out of the 11 candidates that...

By BENSON TUMUSIIME  Police and other security agencies arrested a total of 223 suspects on allegations of violating the electoral process during the just concluded presidential and parliamentary polls.Addressing journalists at the police headquarters in...

By Ephraim Kasozi Retired Archbishop of the Church of Uganda Stanley Ntagali has been banned from carrying out priestly duties following his alleged involvement in an extra-marital affair with a married woman.It is alleged that the...

By Stephen Otage Retired High Court Justice Mary Maitum has advised Opposition members to accept Cabinet appointments if President Museveni invites them. While addressing journalists about the findings of Women Situation Room, a peace-building project, from...

By ANTHONY WESAKA By Juliet Kigongo The High Court in Kampala yesterday quashed with costs the directives by the Media Council that required journalists to register to cover the ongoing General Election and other State...

Billionaire Politician’s Property to be Auctioned